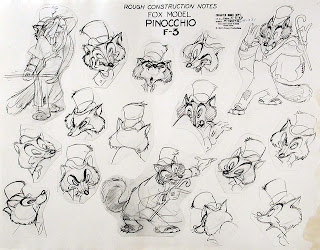 Hi diddle dee dee
You sleep till after two
You promenade a big cigar
You tour the world in a private car
You dine on chicken and caviar
An actor's life for me!

As we were finishing dress rehearsal, I was joking with our director about how much more satisfying directing would be without actors and without an audience, without the messiness and egoism of human "material" and without the need to satisfy patrons' conventional desires.  He said, "Oh, you mean to make it like poetry?"

To be sure, putting aside post-structualist theory, I see that while words are slippery things, they are a little more malleable and cooperative than your run-of-the-mill community theatre actor.   Equally, the expense that goes into the construction of a poem does not necessitate getting abundant butts in the seats just to break even, where you have to exert effort to affirm that your audience is "the best looking and most intelligent" (that's a little bit of an inside joke for Southwest Florida theatre goers).

But my director's barb reminded me that poets could learn a great deal from some theatre training.

The most obvious point would be with simple presentation at a reading. I can barely stand any poetry reading these days because just how affected or conventional the poet reads aloud. Whether it's the well-documented po-drone voice or the slam voice, both have become affected and scripted means of delivery. It's as if the poem, the text, is a flat surface which deserves the same performative treatment, the same performative strategy, no matter what. And this occurs with "good" poetry performers.

Or the reading is a sloppy mess, a haphazard, lazy, and self-indulgent exercise of the poet to appear spontaneous, with misplaced poems, or worse, scrolling too quickly on the phone (friends don't let friends read poems from phones), or pointless rambling about the poem. A good reader recognizes that the reading is a performance.  This should influence the selection of the poems themselves, poems that can be readily apprehended by the voice alone and poems that have strong sonic qualities, and the sequencing of the poems being read. The arrangement is all.

No, the rehearsing is all. In front of someone else.

A poet reading aloud is first and foremost locked in the body they inhabit. We can't do a lot about our voices themselves, although some training in acting can help you with supporting your voice, breathing, and projection. In preparing for a reading, a director can be most helpful. By director, I mean anyone who is willing to sit and watch you practice your reading. Do you have a nervous tick that distracts the audience, so that they are watching you tap your foot too loudly as you hit each syllable rather than listening to your words? Are you shouting too much? Is your lack of eye contact a sign of hostility? Do you read too quickly? Are you too apologetic? Are you droning? Honestly, you need to have someone else outside of you to see these things. Just as we might have a friend to consult about whether or not to wear that vest or those pair of boots for a reading, we would do well to have someone sit and listen and critique our performance.

What I learned most from acting is that you really have no idea of how you "appear" until you have that very critical external eye and ear of the director evaluating your work. Now, you can receive very, very bad direction (in fact, most bad acting choices are the result of directors being lazy or giving bonehead notes to the actors), which makes the performance worse. But the idea that you can make good judgements about your perfomative choices all alone is more than a little foolish and arrogant.

More importantly, good performance, like good writing, is about continual failure. It's always a wreck. Always. Performance, a momentary and immediate sharing with your audience, is both a glorious, generous act and an imperfect, ephemeral disappearance. Ideally, too, no performance of any one poem should be the same in new iterations (where it becomes practiced and rote). It's about a letting go, especially at the moment of where the word is spoken, where the ego begins to evaporate and it's just the words themselves, hopefully with a little good lighting, a smart costume, and a really, really good house.