A Little Cracked, I Hope 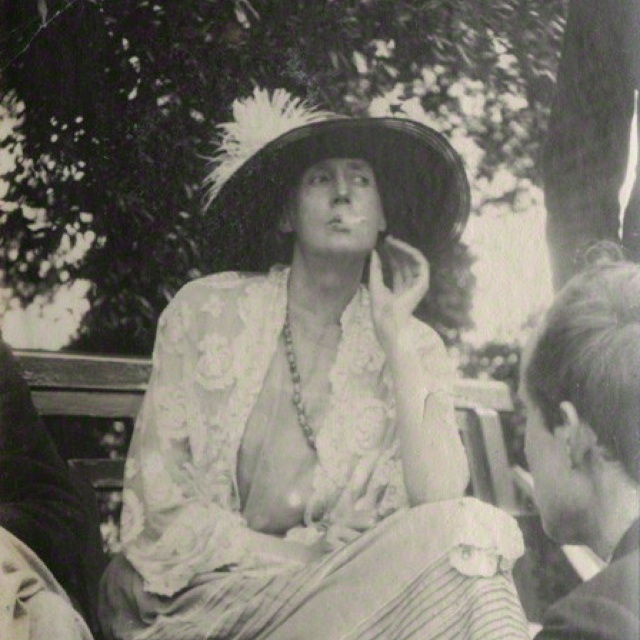 I'm nearly the age of Virginia Woolf when she took her own life.

For those of you who don't know me, Virginia Woolf has long been my favorite writer, even though I'm pretty far removed from her in terms of class, education, reading, disposition, and politics.  Part of my love for her is purely aesthetical, her deflective and piercingly critical use of stream-of-consciousness, her lovely and rich sentence construction, and her beautiful attention to things and all the ghosts they contain.  No author I have read--an obscenely small number--not even Walt Whitman or James Joyce, has written with the dead to the degree that I believe Woolf has accomplished.  No, not about writing for the dead or to the dead, as that's usually about subject matter or about history or about elegy, a way to build a memorial, an epitaph, a grave.

Rather, she writes with the understanding that each of our deaths is a discrete, wholly unknowable thing, as she describes Septimus Smith in Mrs. Dalloway:


So he was deserted. The whole world was clamouring: Kill yourself, kill yourself, for our sakes. But why should he kill himself for their sakes? Food was pleasant, the sun was hot; and this killing oneself, how does one set about it, with a table knife, uglily, with floods of blood,--by sucking a gaspipe? He was too weak; he could scarcely raise his hand. Besides, now that he was quite alone, condemned, deserted, as those we are about to die are alone, there was a luxury in it, an isolation full of sublimity; a freedom which the attached can never know. Holmes had won of course, the brute with the red nostrils had won. But even Holmes himself could not touch this last relic straying on the edge of the world, this outcast, who gazed back at the inhabited regions, who lay, like a drowned sailor, on the shore of the world.

And of course, Septimus has one last moment of bliss, of unfettered and uncomplicated happiness with Reiza, precisely because it seems he has let go, become fully dispossessed (and is there a better depiction of a marriage in its full and terrible unhappiness and happiness?), and she for a moment shares that dispossession.  Oh, to be where it doesn't matter, to write about that rare, ephemeral, and impossible space with complete empathy.

And then I think most any authentic poem--it doesn't matter the quality--is an attempt to get in that quiet and disturbing space.  But to get there, really get there, it's about the language, slippery and inexact and hopeless. To read Woolf, well, she brings me to that moment, with that language, and she has disappeared entirely--am I seeing it with her keen eye, her remarkable grace (all the while knowing what a snob, what a racist, what a whatever she was)?  Am I being cracked a little?  Broadened?

Thus, the thrill for reading poetry for me is that anticipation of being cracked, disquieted, broken by the beauty and the intelligence.

ren powell said…
Thank you for this.
For so many reasons.
5:57 AM